Ireland’s longest-running music TV show, Other Voices is set to return to screens this Thursday at 11.30 pm on RTÉ2 and RTÉ Player with an array of dynamic and diverse performances, recorded in Dingle, Cardigan and Ballina.

To mark the return of the series, RTÉ 2FM will broadcast from the festival with Tracy Clifford going live from Bar Square on Friday, February 28 between 12 pm and 3 pm, featuring band sessions and interviews. Later that night 2FM Rising will bring their stage to Bar Square, with performances by Alex Gough, Nealo and Kynsey.

Justin Healy, Executive Producer for RTÉ said: ‘We are delighted to bring the popular Other Voices back with a mix of big names such as David Gray and Elbow, plus lots of exciting new talent in the line-up series.’

This season will run for ten weeks starting from this Thursday, 27 February and will include rousing sets from the most exciting Irish and international artists in music today.

SOAK will kick-off the series at St James’ Church, Dingle with music from her critically acclaimed second record ‘Grim Town’. Viewers can expect an explosive set from Irish post-punk band Murder Capital. London-based Poet and Singer Arlo Parks will recite a moving piece inspired by her trip to Dingle and Kerry’s own Junior Brother performs in the IMRO Other Room.

Phillip King, Other Voices founder said: “This year’s series was filmed in Cardigan West Wales, beautiful Ballina, the remarkable Intel campus at Leixlip and of course in my hometown of Dingle. Featuring some of the world’s and Ireland’s most remarkable artists, Other Voices has always been about creating a platform for brilliant new and aspiring artists and this year, we will introduce you to a remarkable and diverse range of powerful and passionate singers and bands. Turn on and tune in to RTÉ2 television and online to the RTÉ Player you will love it”

Later in the series beloved singer-songwriter, David Gray will perform songs from his iconic ‘White Ladder’ album, celebrating 20 years since its release. Other Voices alumni and fan favourites, Elbow will also return and veteran alternative rock band Editors will make their Other Voices debut in St James’ Church. Don’t miss the mesmerising set from the winner of BBC Sound of 2020, Celeste. The magnetic contemporary folk outfit Lankum, up and coming neo-soul singer Joy Crookes, and rising RnB star and rapper Jafaris will also feature in this series. 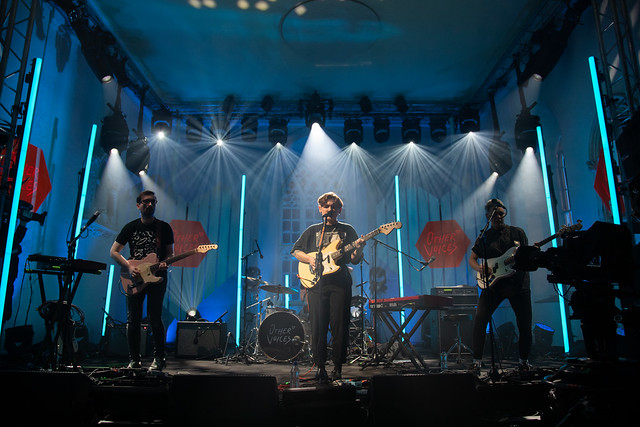 Full list of artists featured on Other Voices Series 18:

The Howl & The Hum

The series is presented by Annie Mac, Huw Stephens and May Kay.